Hello! Just a heads up: my posts may contain affiliate links.

As an Amazon Associate and participant of other affiliate programs, I earn from qualifying purchases. This means that I earn a commission for purchases made through the links (at no extra cost to you). Thanks, friend!

I say unlikely books, because these are not the popular titles you think off the top of your head. In some ways, these books even dissuade you from travelling. These female traveller books are accounts of intense hardships, punctuated by moments of loneliness, misogyny and the occasional identity crisis. The world is infested with prejudices and inequalities, and at the present moment, it is stricken with an illness that bars us from leaving our homes, let alone travel. It’s never easy being a female traveller, but you don’t need these books to tell you that you don’t travel because it is easy.

Read this post to see what these Canadian travel bloggers are doing to keep their travel spirit going during the pandemic!

Either written or curated by fellow female travellers like you, these books tackle the difficult bits about travelling with gritted teeth and light humour. What I love about these books is that before they became stories, they were real-life experiences, marred by personal flaws and candid reflections. I love being exposed to the realness of the experiences just as much as the magic in which the narrators describe discovering a new place or sense of self. As a female traveller, I hope you’ll come to love these books and appreciate the lessons they impart. And hopefully when the world is alright again, they will give you the courage to get back on the road.

Ps. You can check out these books on Amazon by clicking on the titles!

Stories of the Sahara 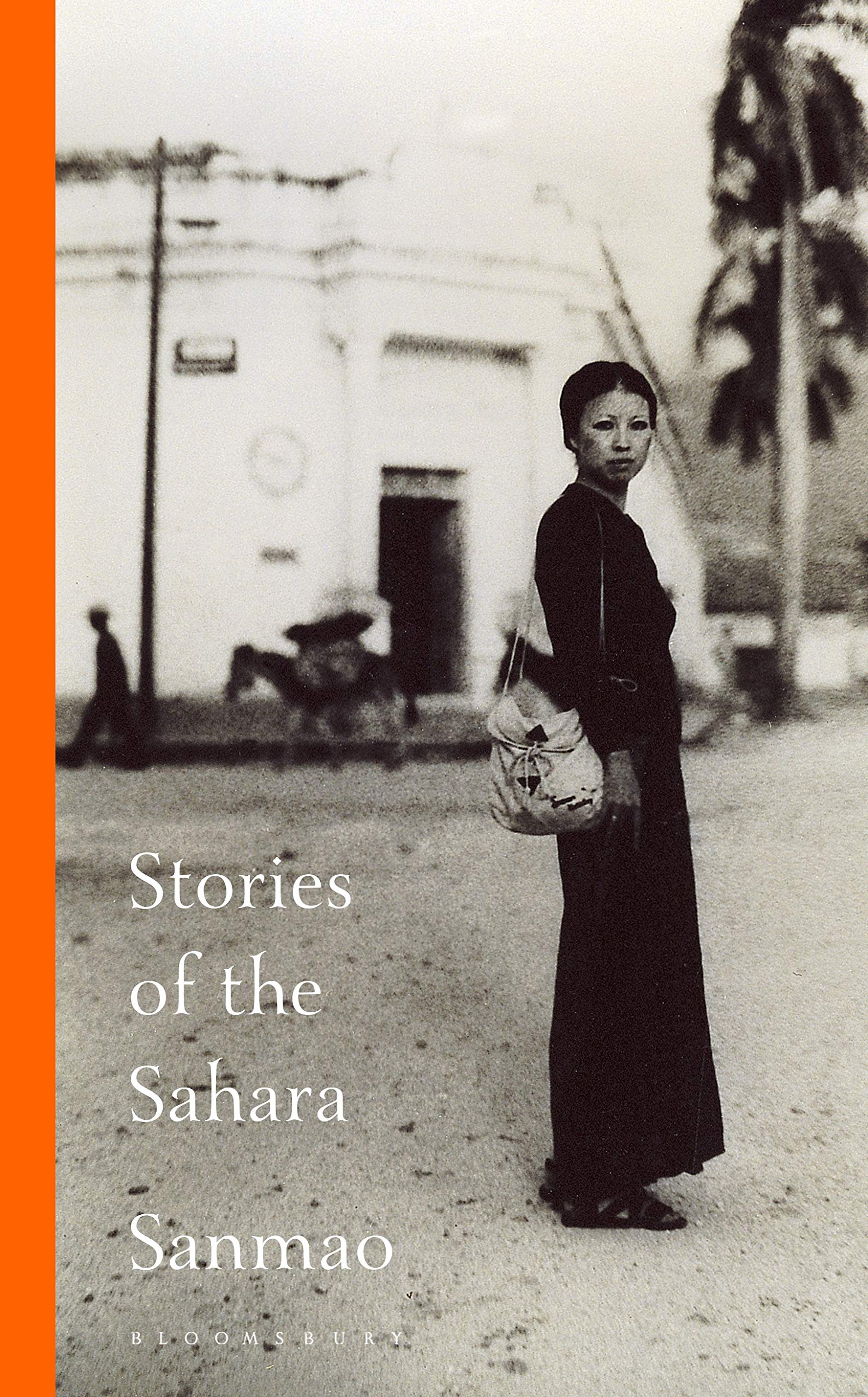 “I then thought: I can go to the most remote corners of the earth if that is where my heart wants to go. It was in that moment, that my freedom had finally arrived.”

Stories of the Sahara is a moving love story and a poignant observation on life in a faraway corner of the world. At age 26, Taiwanese travel writer Sanmao moves to the Western Sahara to fufill her longing for the desert after seeing it on the cover of the National Geographic. The year is 1973. Her Spanish then-boyfriend, José, decides to move there ahead of her in order to take care of her. She marries José and becomes a housewife in the desolate desert, with the indigenous Sahrawi people as her neighbours. She soon settles into a routine of chasing goats out of her house, furnishing her new home with scraps of coffin wood, and befriending the locals with her wit and resourcefulness.

While a skillful raconteur of the daily occurrences, Sanmao also uses the political unrest at the time as a backdrop to speak for larger issues of injustice, such as slavery and the practice of child bride. Taking her new life one step at a time, she describes evocatively of her experiences. Her stories weave the quotidian with extraordinary, somewhat fantastical elements and an air of openness that feels refreshing and timeless.

When the collection of stories first came out in 1976, it encaptivated Chinese-speaking readers en masse. At a time when much of the world remained a mystery, Sanmao’s Stories of the Sahara sparked wanderlust and female independence. Her free-spirited pursuit of freedom and self deemed her as a legend. As a female traveller and writer, she penned more than 20 books in her lifetime. And yet, an English translation of the book only came out in late 2019. When I finally read the book decades later, I found myself completely enthralled by her adventures. The world feels smaller now with the advancement in tourism and technology, but her larger than life stories are inspiring as ever.

No Baggage: A Minimalist Tale of Love and Wandering 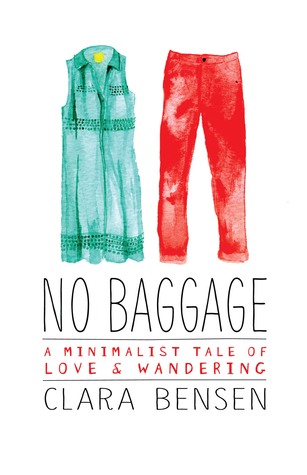 “Life is about trust. Nothing happens until you take a step out. The universe gives nothing to those who do not trust.”

Tell your friends you are going on a Europe tour with no change of clothes, no plans, and with a guy you’d just met on OkCupid, and they’d tell you you are out of your mind. This trip certainly hasn’t crossed Clara Bensen’s mind when she meets Jeff online, shortly after battling with clinical anxiety. Within days of knowing each other, Jeff brings up the idea of an unconventional, extreme minimalist kind of travel, the kind that sounds like the exact recipe for a disaster. But with full trust and zero expectations, Clara agrees to it. In an “organic unfolding” of events, as Clara terms it, what lies ahead from Instanbul to London is an adventure that culminates in the memoir, No Baggage.

No Baggage was the book that kickstarted my mindshift from travelling for vacation to travelling as an experiment. On each subsequent trip, I started packing a little lighter, planning a bit less and going with my intuition and curiosity. I have yet to travel with no baggage and no plans, but I’m already enjoying the feeling of having little to worry about other than the few essentials in my backpack. The thing about stepping outside of your comfort zone is that it puts you at ease with the consequences of taking risks. Trust yourself and trust the process. As Clara’s incredible journey tells me, it’s worth giving it a shot.

What I Was Doing While You Were Breeding 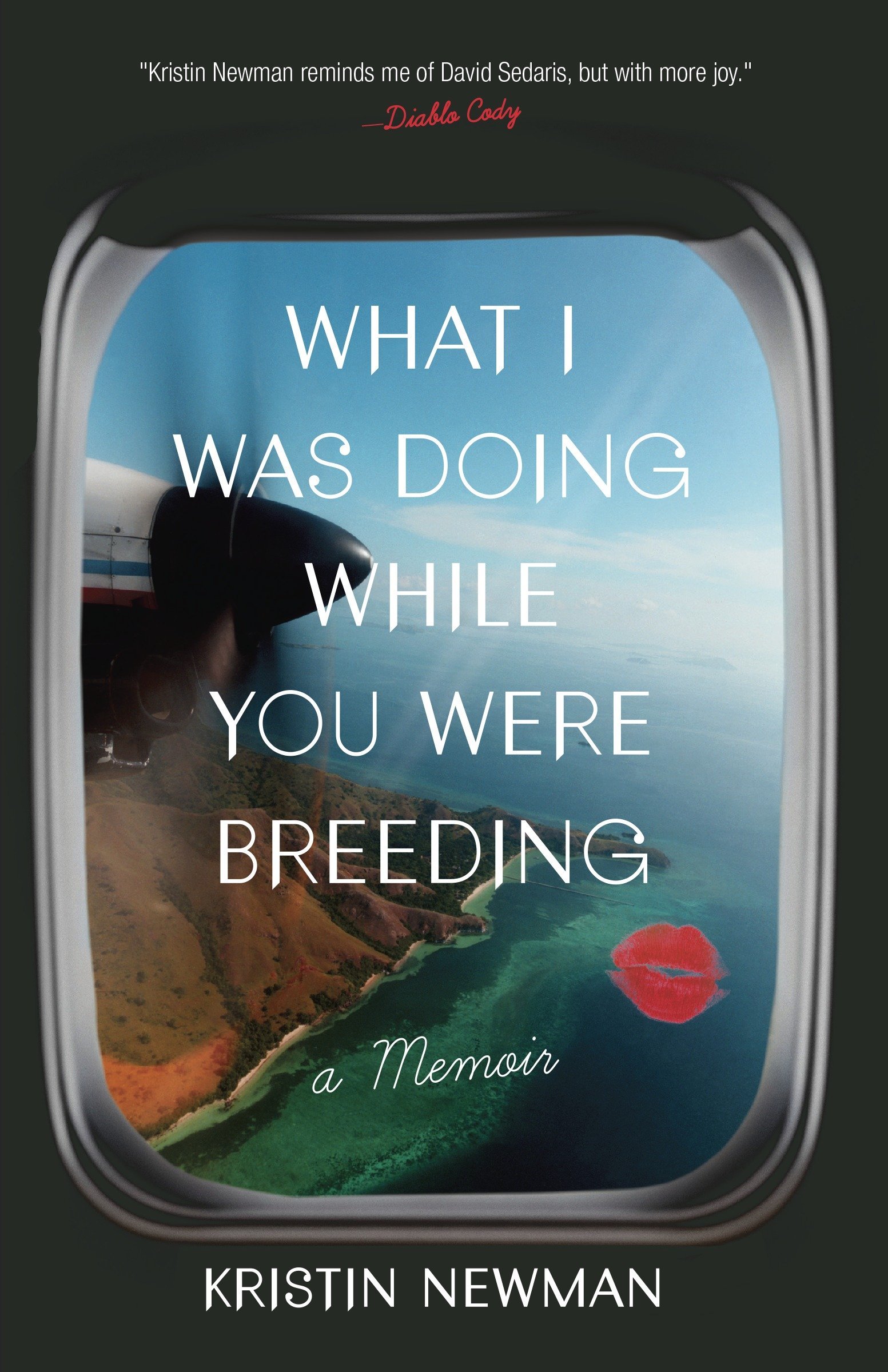 “But I say that plane tickets replacing cats might be the best evidence of women’s progress as a gender. I’m damn proud of us. Also, since I have both a cat and a lot of foreign souvenirs, I broke up with that dude and went on a really great trip.”

For 3 months out of the year, Kristin Newman used to travel the world and enjoy whirlwind romances. What I Was Doing While You Were Breeding is her life as a young sitcom writer and traveller while her friends are busy establishing a family and well, breeding. Although clearly intended to be a light read in between airport layovers or in my case, a long train ride across Canada, I’ve found this book with so much more unreserved honesty and wisdom than it takes credit for.

Describing her internal conflict as “angry obese sumo wrestlers in the dojo of my soul”, Kristin yearns for love but is unwilling to let go of her independence. She spends years travelling and dating in search of a happy equilibrium, until she arrives at the home of an Israeli couple, happily wedded through an arranged marriage. She questions the couple about the merit of asking the important questions right away, instead of finding the right person through a process of trial and error. Realizing love doesn’t swoop you off your feet but rather gives you wings to go after your dreams, she finally finds love back home.

Using herself as the subject of an ironic twist of fate, Kristin’s story is a humorous cautionary tale for female travellers. As cliché as the saying goes, travel is the best way to be lost and found, all at the same time. Travel in the pursuit of something might lead you to places closer than you think, if you know what you are looking for.

Tracks: A Woman’s Solo Trek Across 1700 Miles of Australian Outback 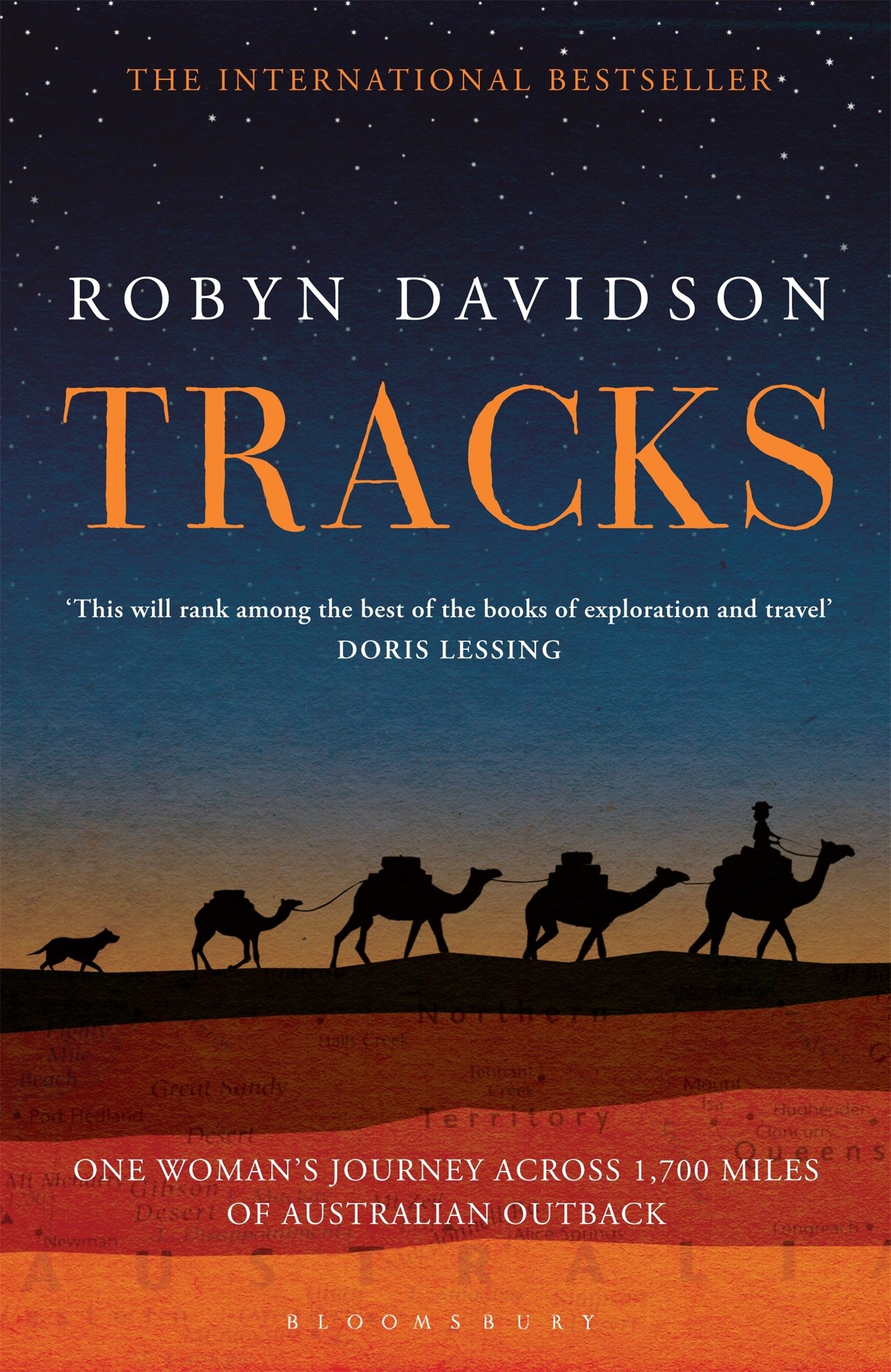 “Camel trips, as I suspected all a long, and as I was about to have confirmed, do not begin or end, they merely change form.”

Tracks by Robyn Davidson is a classic among female traveller books. But while beautifully written, it is a beast of an adventure that only the most determined, resilient and badass female travellers would attempt.

Tracks is a modern epic about Robyn’s perilous journey across the Australian desert with her four camels and dog. Arriving in the remote town of Alice Springs as a young woman with no experience for what she is about to embark on, she spends two years training the camels and saving up for the trip. In addition to the many challenges in her way, Robyn highlights prevalent issues of sexism and discrimination for females and the indigenous people in the Outback in the 1970s. At times rambling, Robyn’s words weigh heavily on the pages as she recounts days of going through emotions of fear, anger, frustration and helplessness, with no one to talk to except for herself. She reaches the Indian Ocean at the end of the journey as a heroine while readers like myself shake our heads in disbelief, why would anyone do something like this?

A coworker had lent me his weathered copy of this book just before I went on a trip across my own country, Canada. Facing my own grand solo journey across an expansive landscape, Robyn’s incredible travelogue came as a timely reminder to explore boundaries, both of the land and of myself. The craziest thing is not going on the trip, it’s to not take the plunge at all. 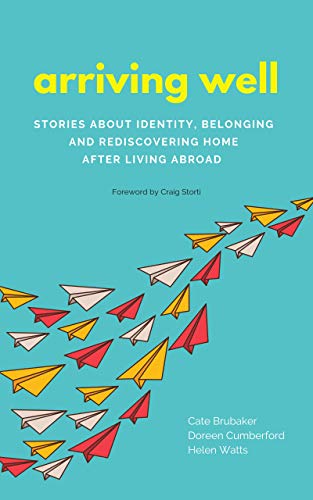 “Home, perhaps, is a disposition of the soul, an acknowledgment that I share with another soul a certain intimate narrative.”

Arriving Well is a compilation of stories from travellers and expats returning home, curated by Cate Brubaker, a seasoned repatriate and founder of Small Planet Studio. The journey home is the unexciting antithesis of travel, and in some cases, it is made more difficult by the gnawing question of where home is. This is a pain point for many returnees coming back to their home country and adjusting to a new life and sense of self. The stories in this book share the returnees’ experiences with reverse culture shock and being an invisible minority, and ultimately finding home.

Indeed, life continues after the grand finale of the travel chapter, and it gets very real. When I first came back to Canada after living abroad, I felt alone in navigating a familiar setting that now felt distant. The summers I’d spent visiting didn’t prepare me enough for living back at home again. I was a different person than when I’d left my hometown and I’d grown used to calling somewhere else home. I think that’s the worst part, to return home and feel more lost than ever.

Cate’s books and website have been helpful resources to turn to because they are stories and words of wisdom shared by those who went through the same quandaries. Acknowledging that we have been forever changed by our travel experiences is tremendously encouraging for us to see the next part of our journey as an extension, rather than a departure, from our previous experiences. So indulge in the book and after a good rant, look forward to the next adventures.

A 20-something-year-old girl with "the best travel stories", according to her friends. Feeling at home in the world but so often lost in her own city, Photospired is created to inspire all those who wander to travel far, but also seek adventures and moments of bliss at home.

6 travel things you can do from home, without travelling

What life is like in Canada during the pandemic